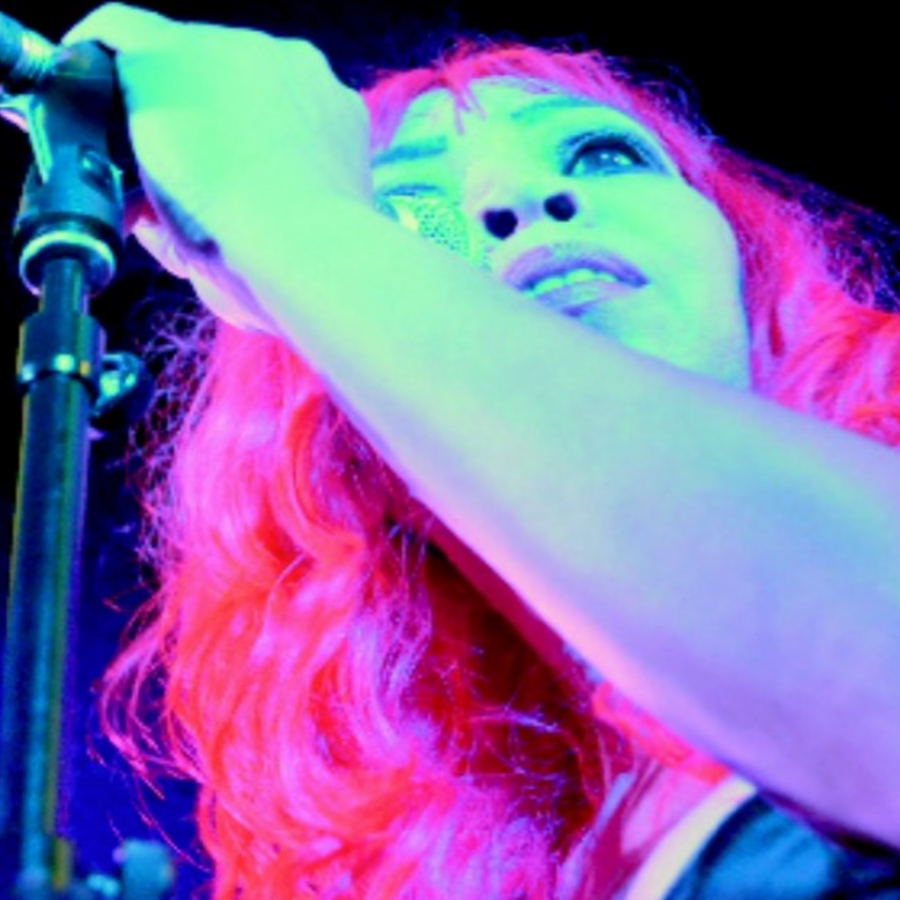 Jennie Matthias first burst onto the pop scene in 1981 as the lead singer of the well-loved 80s all girl band ‘The Belle Stars’.

Jennie Matthias first burst onto the pop scene in 1981 as the lead singer of the well-loved 80s all girl band ‘The Belle Stars’. After signing with the legendary “Stiff Records” the band produced 4 UK hits – ‘Sign the Times’, ‘the Clapping Song’, ‘Sweet Memory’ and ‘Iko Iko’. The Belle Stars toured extensively with the likes of The Clash, The Police, Madness and graced us with their presence on many of the top TV shows of that era. They were regulars on The Tube and Top Of The Pops After they departed ways in 1985 they had a surprise success with ‘Iko Iko’ which became a hit in the US charts and achieved worldwide recognition following its appearance in the Oscar winning US movie “Rain Man”.

Jennie has sang on many people’s tracks including Paul Weller’s ‘Bitterest Pill’. In 1987 Jennie helped form the band “Dance like a Mother” and recorded album tracks with ‘The System’ in New York then soon after with Randy Jackson, Preston Glass and Narada Michael Walden in California. Following on from there Jennie continues to delight audiences with rich fusions of ska, rock, pop, Latin, dub, blues and beyond. She works with very known members of the ska world and she is a prolific writer of poetry and of course songs; she has written with many artists of all genres and continues to do so today. Her early years in pop gave her an understanding of how to write on a commercial level and Jennie is known for writing the catchiest melodies. Not everything Jennie writes is commercial however as some of the work does not require that. Recently she has collaborated with her good friends, dub producer Adrian Sherwood, Skip McDonald, Douglas Wimbish and many others.

Jennie has just been asked to join Quickfix Records who love her work and have offered to put it out there; First single ‘Powers That Be’ coming out in the summer 2021. In addition to this Jennie has teamed up with Elizabeth Westwood from 80’s pop group Westworld and Sonic Boom Boy fame for their latest project ‘Bad Barbee’. BB also have their own monthly radio show on TWR where they share songs that have influenced them, along with their memories in the music business.

In 2021 Jennie recently teamed up with Jools Holland, Marcella Detroit, Tony Hadley, Glen Matlock, Clem Burke, Elizabeth Westwood, Earl Slick and many others to do a charity single for the NHS called ‘Angels’ which is a rendition of Robbie Williams chart topping hit; collectively they are called ‘Kindred Spirits’ and the track has gone on to raise thousands for the cause. Jennie still performs and also does much on the retro circuit if she is available to do so.

On a personal level she spends her spare time doing charitable works feeding the homeless in her local area. She is in the middle of writing her second book and has recently become a Community Champion for the work she does for those in need. Jennie is also a public speaker and an ambassador for a charity called One In Four which helps adults that have gone through sexual abuse. Jennie adds her poetry and music in all her charitable projects and inspires those she helps to engage in the arts as much as possible.