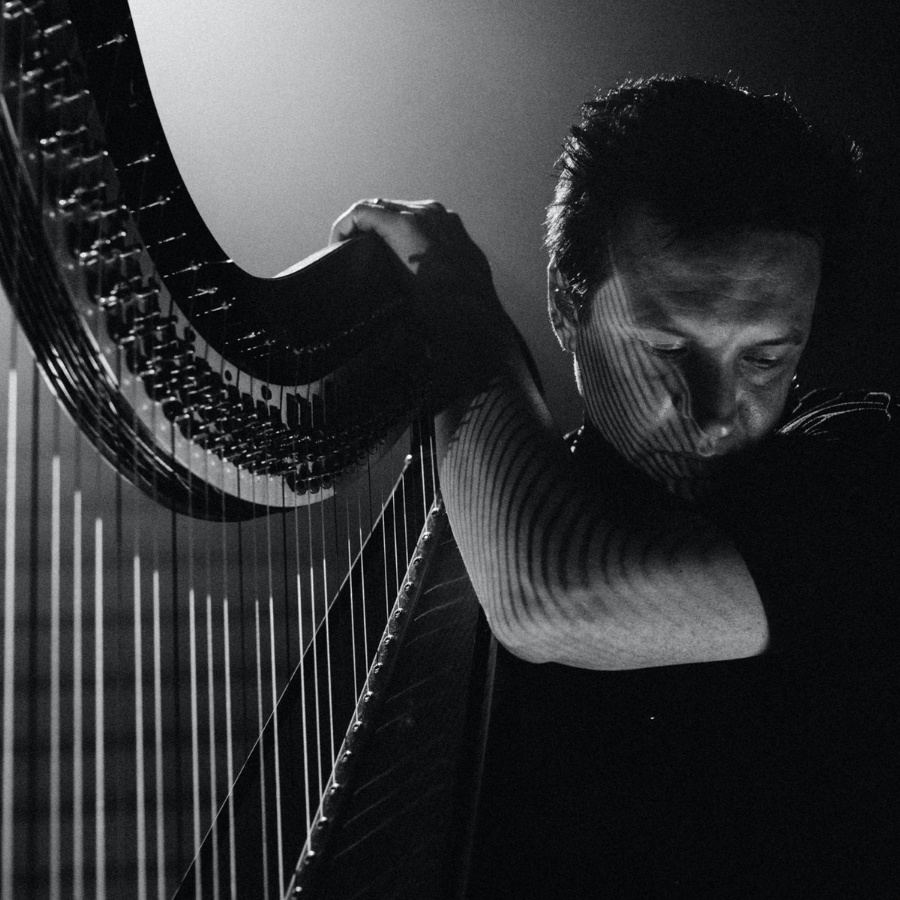 Tom Moth is best known for his work with Florence and The Machine.

Find out more at tommoth.co.uk

Tom began playing the harp at the age of 6. During his early years he played in various bands and orchestras in the Suffolk area, as well as performing solo and chamber recitals. After gaining a degree in Harp & Composition at Trinity College of Music, he began writing and performing under the name Lunamoth, mixing loops and samples with his harp…often augmented with various effects. Lunamoth’s cover of Bjork’s “Army Of Me” was selected by Bjork herself to be included on the compilation “Army Of Me – Remixes and Covers”, released through One Little Indian Records in aid of UNICEF.

Since 2008, Tom has been recording and performing as part of Florence and the Machine, playing on the best-selling albums “Lungs”, “Ceremonials” “How Big, How Blue, How Beautiful” and “High As Hope”. “Lungs” was also nominated for the 2009 Mercury Music Award and won the BRIT Award for Best Album in 2010, whilst “Ceremonials” was nominated for “Best Pop Vocal Album” at the 2013 Grammy Awards. Tom’s playing was featured prominently on singles

including “Dog Days Are Over”, “You Got The Love”, “Rabbit Heart”, the UK number 1 “Spectrum (Say My Name)”, and “Wish That You Were Here” (from the soundtrack of the Tim Burton movie “Miss Peregrine’s Home For Peculiar Children”).

Their extensive tours have seen the band play at festivals including Reading/Leeds, Coachella, Primavera, Laneways and headlining the Pyramid Stage at Glastonbury in 2015, as well as venues such as the Royal Albert Hall, Sydney Opera House, Red Rocks, Colorado and the Hollywood Bowl. TV appearances have included Later With Jools Holland, Top Of The Pops, The Late Show with David Letterman, Late Night with Jimmy Fallon, Saturday Night Live, The Voice (in Germany) and X Factor (in the UK, US and Australia). As well as his work with Florence, he has contributed to recordings by a variety of other artists over a wide range of genres. Recent sessions include Lady Gaga, Lou Rhodes (Lamb), and New Model Army.